Do satellite campuses contribute to the access of higher education in Europe?

Previous work based on European Tertiary Education Register (ETER) data has demonstrated that higher education is available in most of the European territory, with four out of five people living within a 45-minute drive of the main campus of at least one higher education institution (see the ETER news). New data in ETER shows that satellite campuses are a national phenomenon in Europe.

Figure 1. Map of European regions with at least one main HEI or one satellite campus, source

Remark: the map is partially affected by the different size of NUTS3 regions by country, particularly in Germany many NUTS3 regions are very small and exclude cities, hence the seemingly low territorial coverage. 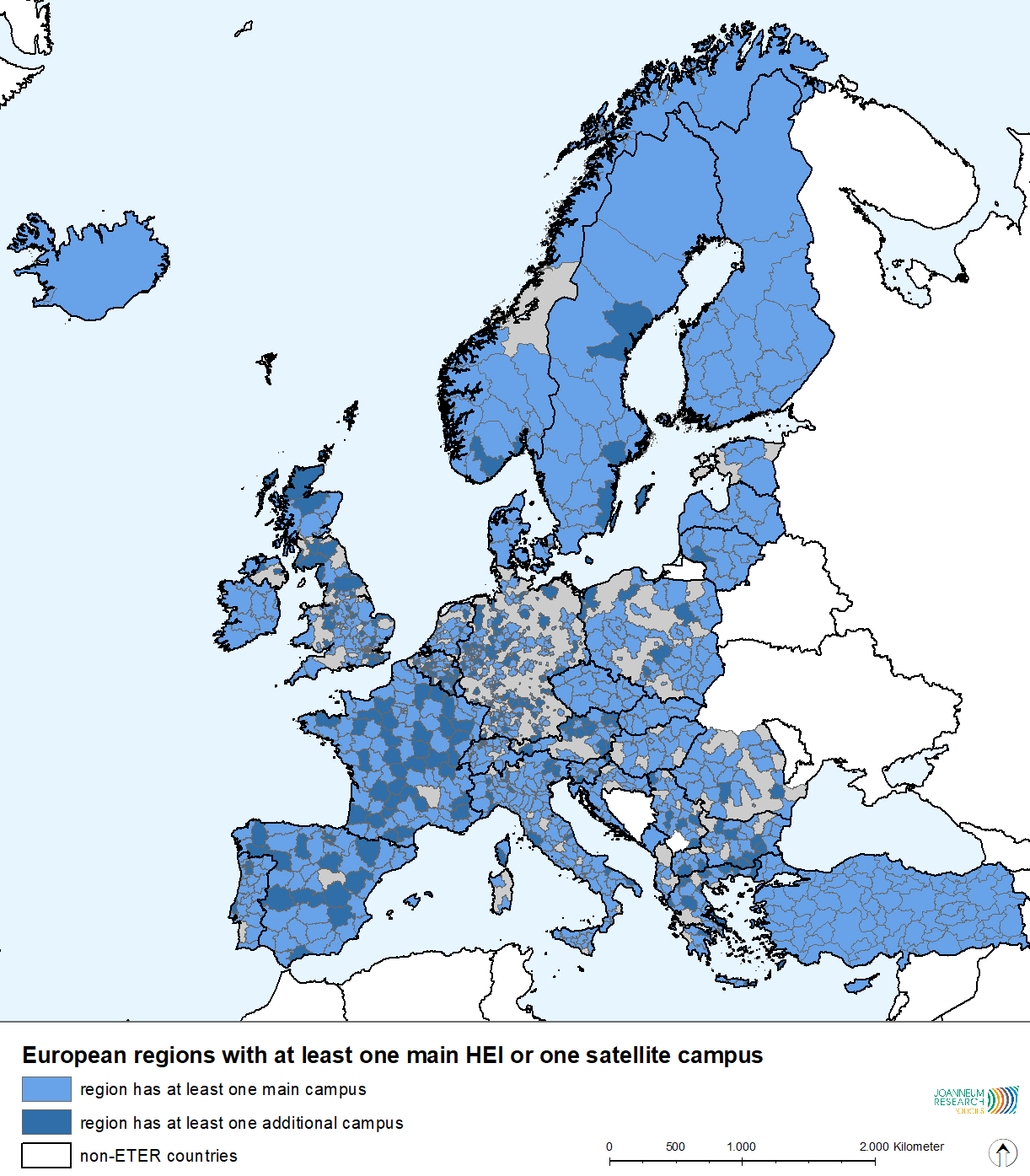 This new data in ETER shows that satellite campuses are a national phenomenon in Europe. Only few private higher education institutions have satellite campuses in other European countries, while a handful of research universities have campuses overseas, like ETH Zurich and TU Munich in Singapore, the London Business School in Dubai and the University of West London in Hong Kong. These data exclude independent higher education institutions funded with the support of a foreign institution, like many colleges in Cyprus, which have been founded by UK universities and keep strong linkages with them.

Even if it is not possible to break down statistical data presented in ETER by campus, since National Statistical Authorities collect data only by institution, this data provides rich information for a fine-grained analysis of the regional coverage of higher education.

The following variables are included in ETER.

For the main seat of the institution:

For the satellite campuses in other NUTS3 regions:

When there are more than one satellite campus, the corresponding entries are separated by ‘;’ (for example “Alst; Antwerpen; Brugge” for KU Leuven). The same information is also available in a tabular form from the organizational register managed by the (Horizon 2020 project RISIS).